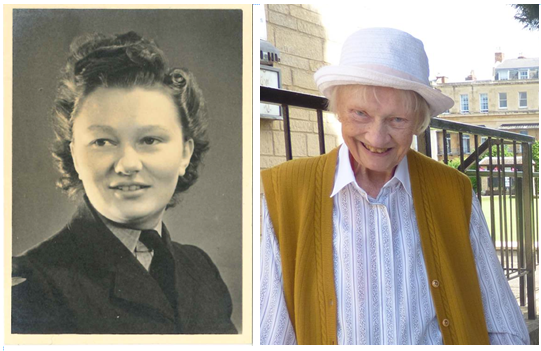 Posted at 10:52h in remarkable by Emily Clayton

Aged 18, Mrs Terry joined the WAAF to train as a Meteorological Assistant in World War 2.  Her first visit to London was in 1942 to attend the eight week training course.  She was then posted at airfields around the Midlands working in shifts to take observations and produce coded reports which, together with information from other airfields, were plotted on weather charts for each base.  Her first experience of flying was on a test flight on a Wellington bomber!

Aged 95, We are privileged to have Mrs Terry living with us at Faithfull House