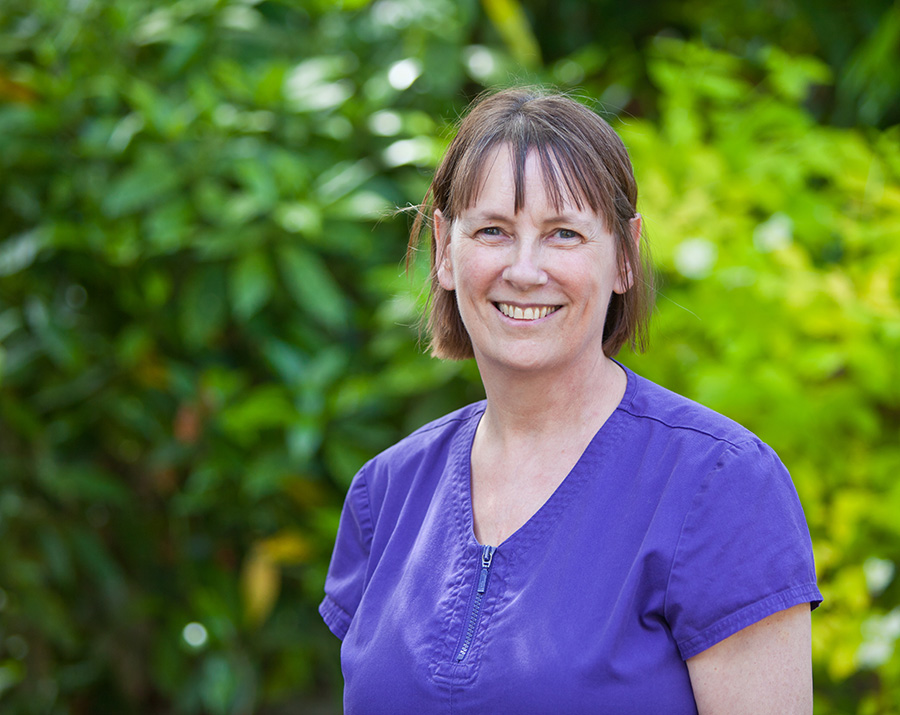 Karen Barry is St Faith’s Head Nurse but when she started at St Faith’s for the first time she was a carer fitting in work around her young family, “It was a really nice place to work”.  It was seeing the St Faith’s nurses that prompted her to think “I could do that” and motivated her to start the journey to become a nurse.

“Every day I didn’t think I’d make the 3 years!  It was scary but there were other mature students – 5 of us the same sort of age and we really bonded.”

Karen graduated in 2008 and even after all her varied placements she knew she wanted to come back to work with older people.  As part of her sponsorship she returned to the NHS as a community nurse for a couple of years.  Then in 2010 she spotted a job back at St Faith’s.  She worked on the Ground Floor in Northcott for almost 9 years before becoming Head Nurse working alongside Pauline Okposi (Clinical Lead).   So what is it about nursing at St Faith’s that Karen values so much?

“The thing about nursing home nursing is the role is so varied. We are able to look after the residents as a whole person not just treating specific symptoms. Although we work as part of a larger multi-disciplinary team we have a lot of autonomy in our role as a nurse led service”.

Karen is still taking every opportunity to add to her skills; more recently she has trained to be a Dementia Lead and become a nurse mentor for University student nurses passing on the skills and knowledge that the nursing team have.

“In St Faiths we work as a team. Everyone supports each other, no matter what your role, everyone is valued.”

Back to Work With Us